June 4th, 1984 Bruce Springsteen releases the album “Born In The USA”, which will top the Billboard Hot 200 chart for seven weeks. It is the seventh studio album by Bruce and released by Columbia Records. It was recorded with his E Street Band and producers Chuck Plotkin and Jon Landau at The Power Station and The Hit Factory in New York City. Born in the U.S.A. became his most commercially successful album and one of the highest-selling records ever, having sold 30 million copies by 2012. The album received a nomination for Album of the Year at the 1985 Grammy Awards. 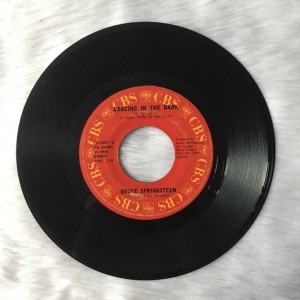 The L.P. spawned seven Top-10 singles and the VERY cool thing about the 45 R.P.M. releases is that NONE of the “B” sides were on the L.P. “Born In The U.S.A.” Here they are in order of release. 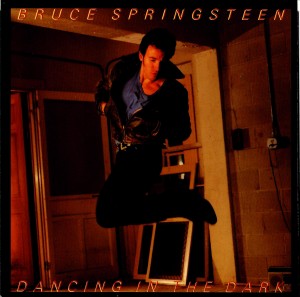 Bruce finds himself in good company with Artists like Fats Domino, Johnny Cash & James Brown. All have NEVER had a No. 1 single on Billboard’s Hot-100. Johnny Cash, “A Boy Named Sue” and Fats Domino “Blueberry Hill” both stalled at No. 2. James Brown’s “I Got You (I Feel Good)” peaked No. 1 on the R&B singles chart but No. 3 on the Hot-100 (Pop Singles) Chart.

One week Bruce was held out of the No. 1 spot by “The Reflex” by Duran Duran and the other three weeks he spent at No. 2, he was “Topped” by “When Doves Cry” by Prince. 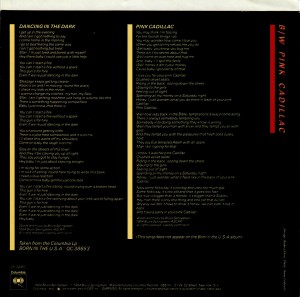 Now the ‘Flip’ side was a song called “Pink Cadillac”. It has been covered by folks like Jerry Lee Lewis, Carl Perkins and Natalie Cole, who had a Top-10 single of her own with the song. Bruce’s version received moderate airplay on album-oriented rock radio, appearing on the Billboard Top Tracks chart for 14 weeks, peaking at number 27. Thus, technically, this is a “Double-Sided Hit Single”. 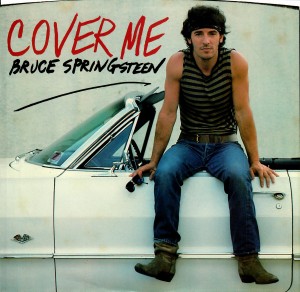 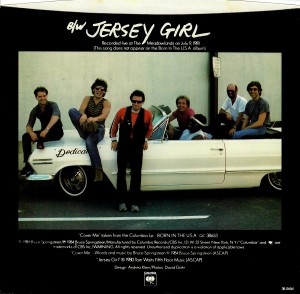 The “B” side, “Jersey Girl” was written by Tom Waits and not Bruce himself. Springsteen slightly rewrote it to replace a Waits line about “whores on Eighth Avenue” with “the girls out on the avenue”, and added a verse about taking “that little brat of yours and drop[ping] her off at your mom’s”. 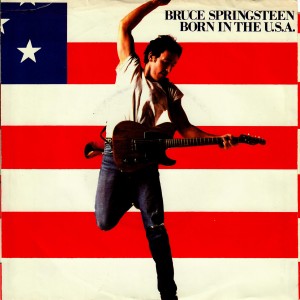 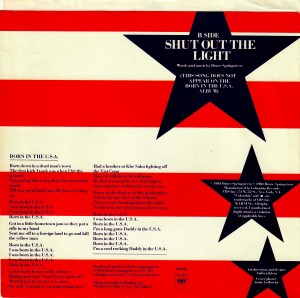 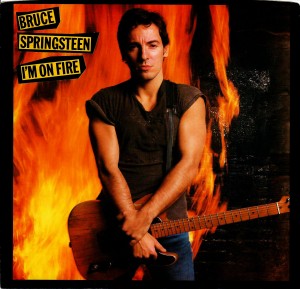 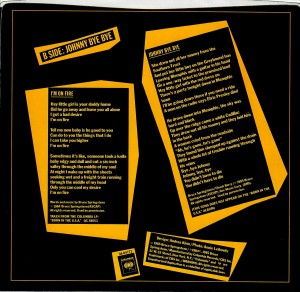 The song “Johnny Bye Bye” backed this single. Bruce shared songwriting credits with Chuck Berry as the song is musically derivative. This song also appears on the “Tracks” box set and not the “Born In The U.S.A.” L.P. 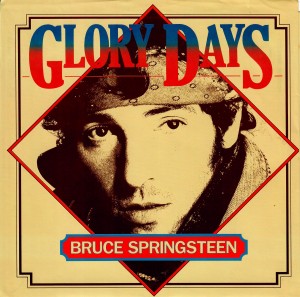 The fifth single “Glory Days” was released a month before the 4th of July. Can you say “Marketing”? It hit the charts June 1st, 1985. It stayed on the charts for 18 weeks and peaked at No.5. 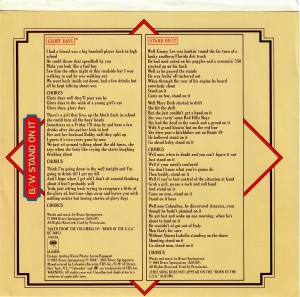 “Stand On It” was the “B” side. The track was also featured in the film “Ruthless People” and its accompanying soundtrack album. It was also recorded by C&W artist Mel McDaniel and his version charted on Billboard’s C&W chart. 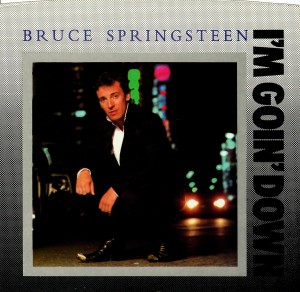 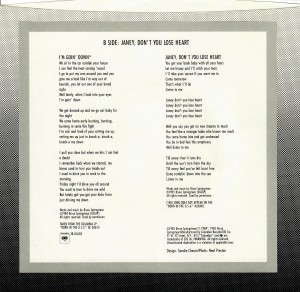 “I’m Goin’ Down” was partnered with the song “Janey, Don’t Lose Your Heart”. A good song but there’s no information on line for it. 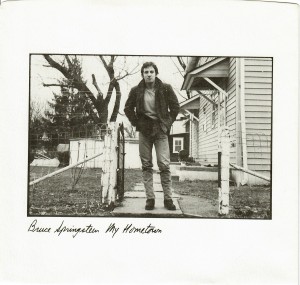 The ballad, “My Hometown” was the seventh and final single from the “Born In The U.S.A. album. It went to No. 6 on Billboards and stayed on that chart for 15 weeks. It Made its debut on Dec. 7th, 1985. 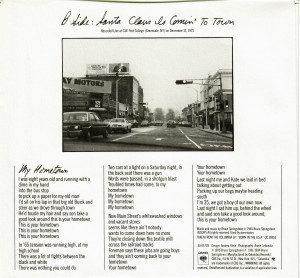 The “Final Flip” is Bruce and the band’s take on “Santa Claus Is Comin’ To Town”. This live version borrows the chorus refrain from the 1963 version by The Crystals. It was recorded live at C. W. Post College in Brookville, New York on December 12, 1975. This version was eventually released first in 1982 as part of the Sesame Street compilation album “In Harmony 2”. and again in 1985 as a B-side to “My Hometown”. 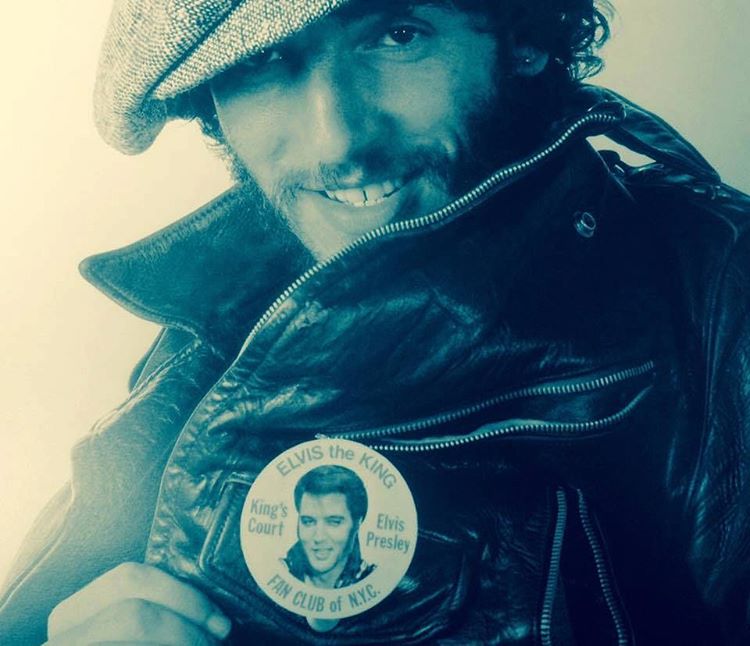 There ya have it. The 35th anniversary of Bruce’s biggest L.P. and the singles that went along with it.