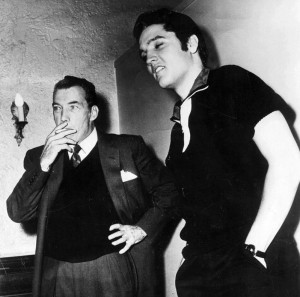 He is principally remembered as the creator and host of the television variety program “The Toast of the Town”, later popularly—and, eventually, officially—renamed “The Ed Sullivan Show”. Broadcast for 23 years from 1948 to 1971, it set a record as the longest-running variety show in US broadcast history. 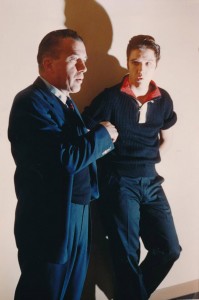 On September 9, 1956, Presley made his first appearance on “The Ed Sullivan Show” (after earlier appearances on shows hosted by the Dorsey Brothers, Milton Berle, and Steve Allen), even though Sullivan had previously vowed never to allow Presley on the show. 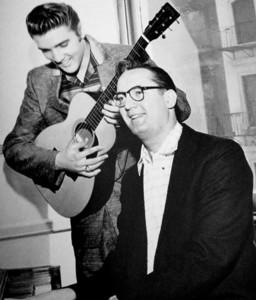 According to Sullivan biographer Michael David Harris, “Sullivan signed Presley when the host was having an intense Sunday-night rivalry with Steve Allen. Allen had the singer on July 1 and trounced Sullivan in the ratings. When asked to comment, [Sullivan] said that he wouldn’t consider presenting Presley before a family audience. Less than two weeks later he changed his mind and signed a contract. The newspapers asked him to explain his reversal. ‘What I said then was off the reports I’d heard. I hadn’t even seen the guy. Seeing the kinescopes, I don’t know what the fuss was all about. For instance, the business about rubbing the thighs. He rubbed one hand on his hip to dry off the perspiration from playing his guitar. 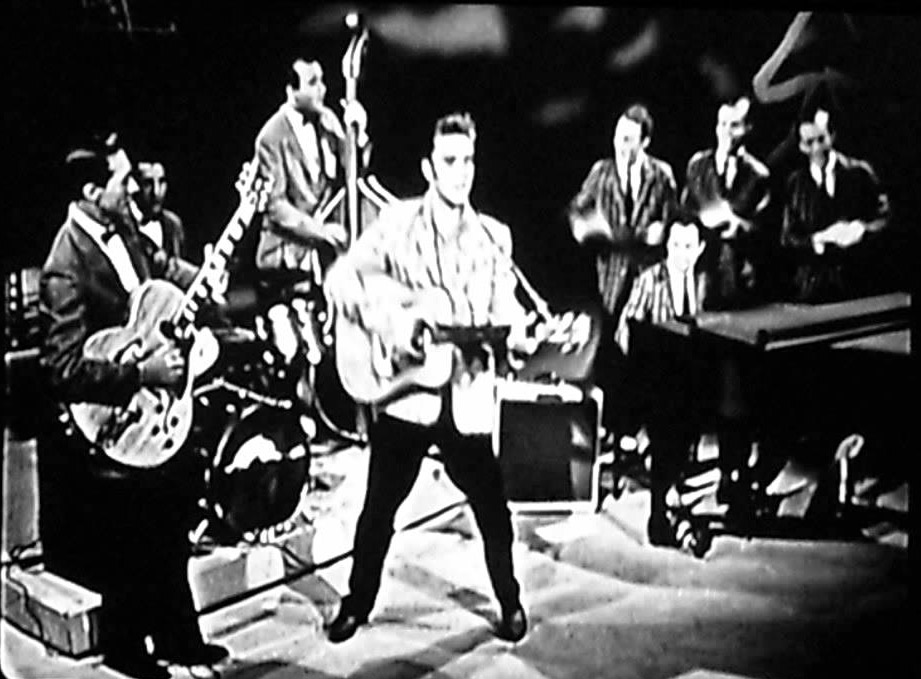 Elvis mythology states that Sullivan censored Presley by only shooting him from the waist up. Sullivan may have helped create the myth when he told TV Guide, “as for his gyrations, the whole thing can be controlled with camera shots.” In truth Presley’s whole body was shown in the first and second shows. 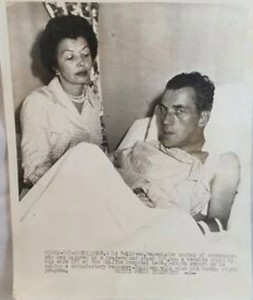 For a short time in August, 1956, his place of residence was Griffin Hospital in Derby! Sullivan was involved in a head-on automobile accident in Seymour that knocked out all his teeth and bruised his ribs. 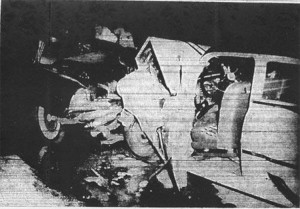 He was driving his own car that night when it was struck head on. Ironically, his stay at Griffin and subsequent recuperation meant that he missed an appearance on his show of one of the biggest celebrities to ever appear on the show – Elvis Presley! 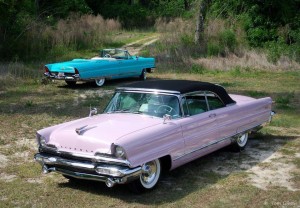 As irony would have it, the sponsor of the show that night was Lincoln-Mercury. Though I have NO Idea what type of car Sullivan was driving on the night of the accident. 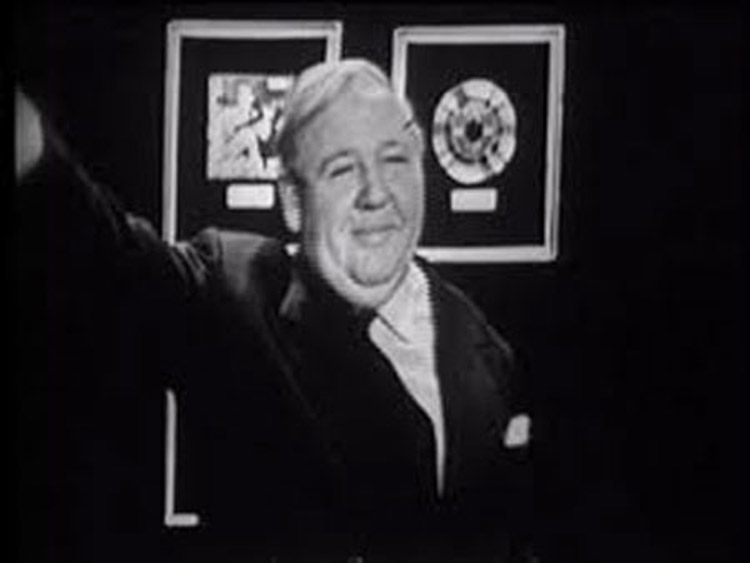 Charles Laughton replaced Sullivan for the night and introduced Presley for one of the most famous shows in Sullivan’s long run. Laughton’s opening dialogue included awarding four (4) gold records to Presley. Now it’s hard to see which records the awards are for. When I was a child, pre-kindergarten and did not know how to read, I could, however, always tell what song was on one of my sisters many Presley records by the shapes of the letters on the label. Using that trick, I took a closer look at the awards from the DVD that’s now available. The three singles awards are for “I Want You, I Need You, I Love You”, “Don’t Be Cruel” & “Hound Dog”. I’ve seen the award with the “Elvis Presley E.P. (EP-747, 45 R.P.M.) at Graceland. It states on the plaque in the award that it’s for “Elvis Presley” L.P. (L.P.M.–1254). Why they put the E.P. instead of the L.P. is unknown to me except that it made all the award frames the same size and the same cover art was used for both E.P. and L.P. 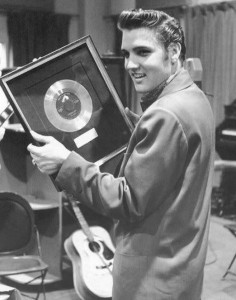 Presley’s  first Gold record for “Heartbreak Hotel” was awarded to him on stage at the Frontier Hotel in Las Vegas April 1956. 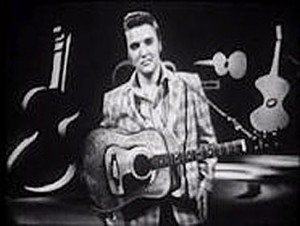 Elvis, wearing a loud plaid jacket, greeted the audience from a set decorated with stylized guitar shapes. He announced that the show was ‘probably the greatest honor I have ever had in my life’, and then launched into ‘Don’t Be Cruel’. The camera stayed above his waist for now, sometimes closing in on his face, sometimes turning to show his backup singers, but something Elvis was doing out of lens range was causing unexplained screams from the audience. After the number was over, he acknowledged the vocal segment of the crowd, saying, ‘Thank you, ladies’. To finish the first segment, he played the title song to his new movie, ‘Love Me Tender’, introducing it as ‘completely different from anything we’ve ever done.’ Nationwide, disk jockeys taped the performance and played the song, which had yet to be released, on their radio shows, increasing pre-release orders to almost a million and pushing forward the single’s release date. 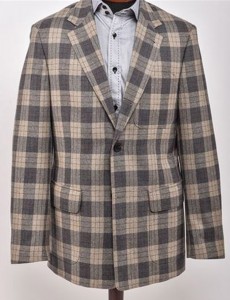 Here’s a color picture of the Jacket. 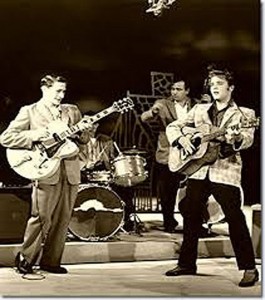 Viewers got to see the full Elvis – legs, hips, and all – during the second segment, when he performed the up-tempo Little Richard song ‘Ready Teddy’ and two verses of ‘Hound Dog. 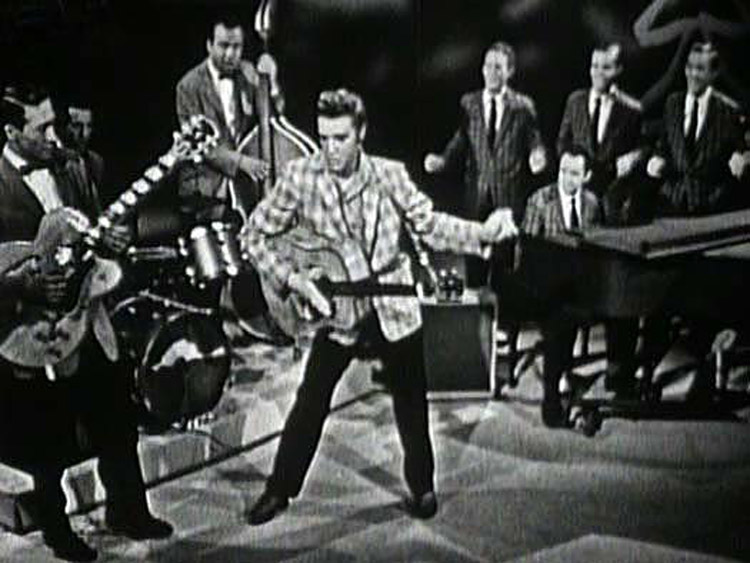 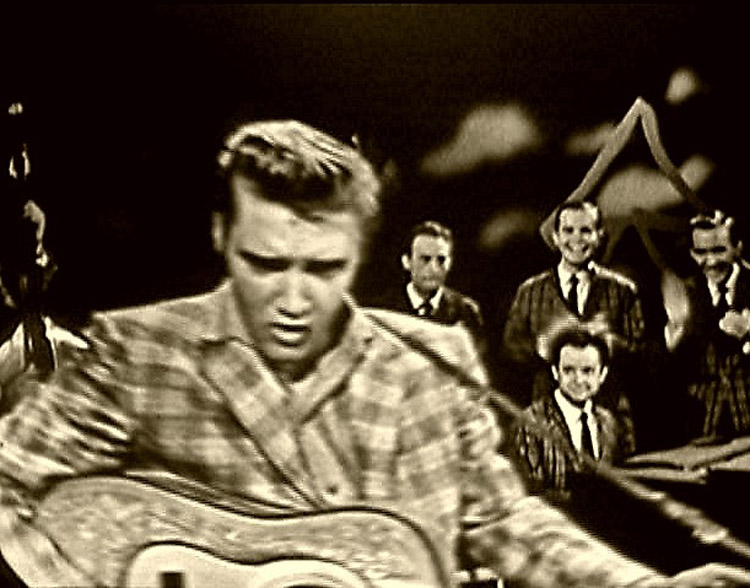 The Jordanaires are, from left to right, Hoyt Hawkins (Baratone), Gordon Stoker (Tenor at the piano), Neal Matthews (Tenor) and Hugh Jarret (Bass).

On this last segment, you might say the views got the “Full Monty”. 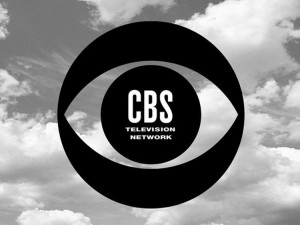 Yes in the end, Televison history was made that night. 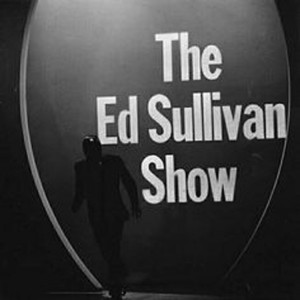