First Man On The Moon!

Apollo 11 was the spaceflight that landed the first two people on the Moon. 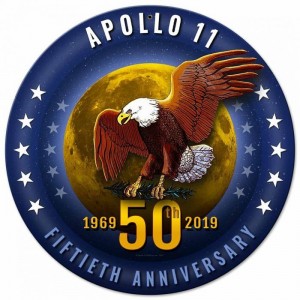 it’s the FIFTIETH Anniversary of this historic flight! 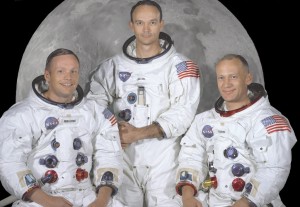 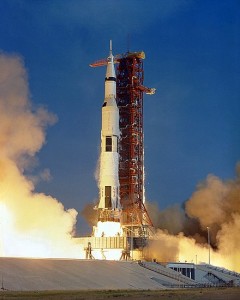 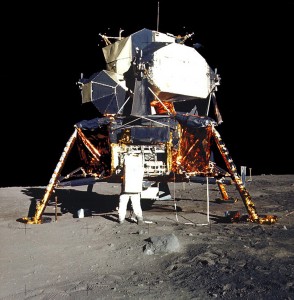 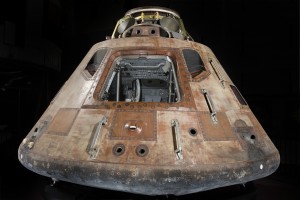 After being sent to the Moon by the Saturn V’s third stage, the astronauts separated the spacecraft from it and traveled for three days until they entered lunar orbit. Armstrong and Aldrin then moved into Eagle and landed in the Sea of Tranquillity. 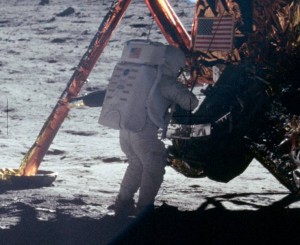 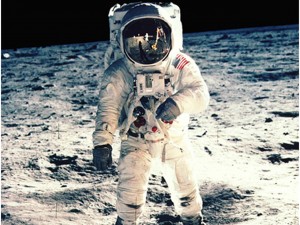 While this is one for the more famous photos this is actual Buzz Aldrin, the second man to walk on the moon. 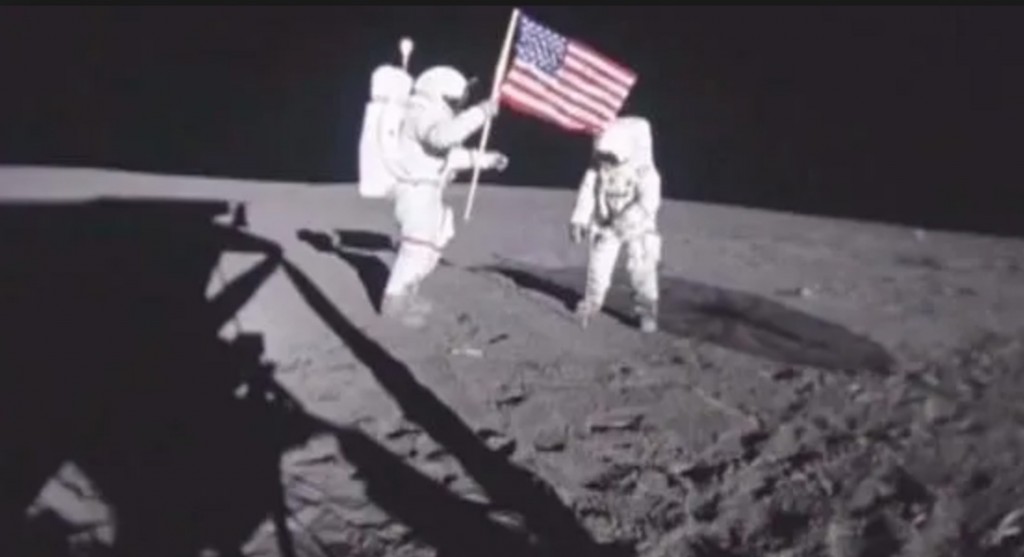 Armstrong & Aldrin spent about two and a quarter hours together outside the spacecraft. 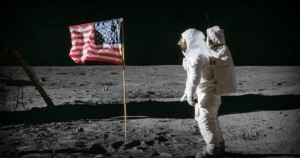 Armstrong’s first step onto the lunar surface was broadcast on live TV to a worldwide audience. Apollo 11 effectively ended the Space Race and fulfilled a national goal proposed in 1961 by President John F. Kennedy: “before this decade is out, of landing a man on the Moon and returning him safely to the Earth.” 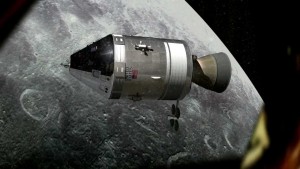 During his day flying solo around the Moon, Collins never felt lonely. Although it has been said “not since Adam has any human known such solitude”, Collins felt very much a part of the mission. In his autobiography he wrote: “this venture has been structured for three men, and I consider my third to be as necessary as either of the other two”. 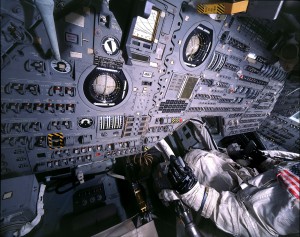 In the 48 minutes of each orbit when he was out of radio contact with the Earth while Columbia passed round the far side of the Moon, the feeling he reported was not fear or loneliness, but rather “awareness, anticipation, satisfaction, confidence, almost exultation”. 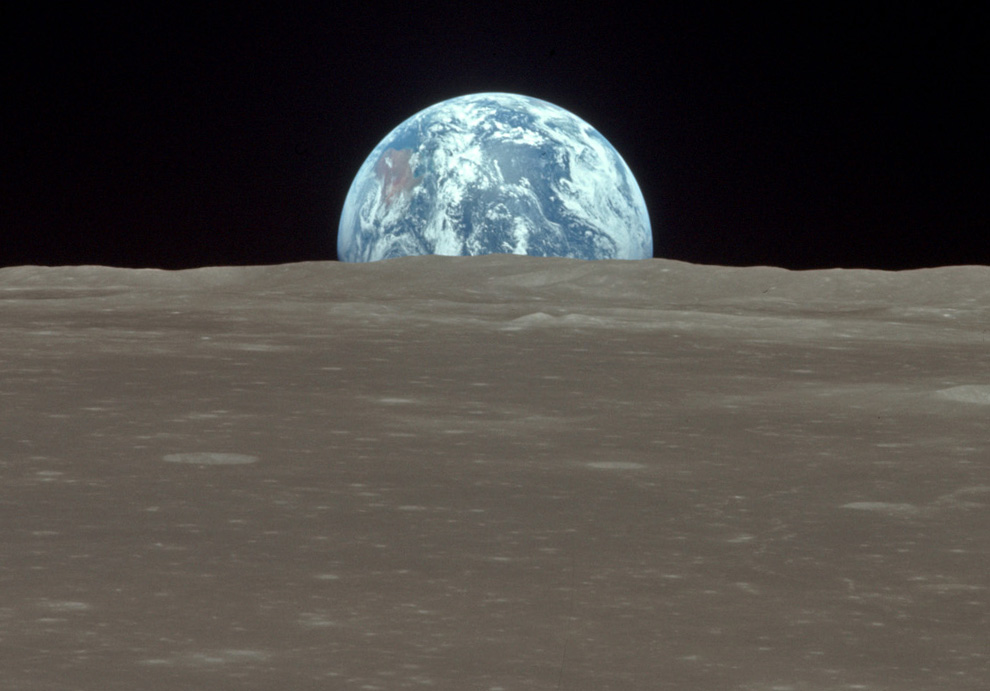 The view of the Earth from the Moon. Just this photo makes me realize what a small place we live in and how precious it is. 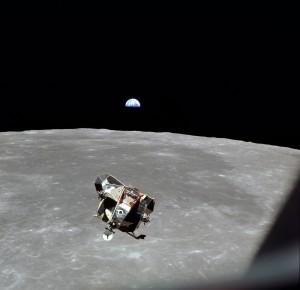 Eagle rendezvoused with Columbia at 21:24 UTC on July 21, and the two docked at 21:35. Eagle’s ascent stage was jettisoned into lunar orbit at 23:41.[Just before the Apollo 12 flight, it was noted that Eagle was still likely to be orbiting the Moon. Later NASA reports mentioned that Eagle’s orbit had decayed, resulting in it impacting in an “uncertain location” on the lunar surface. 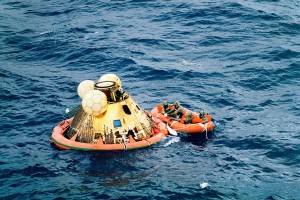 The aircraft carrier USS Hornet was selected as the primary recovery ship (PRS) for Apollo 11. Before dawn on July 24, Hornet launched four Sea King helicopters. During splashdown, Columbia landed upside down but was righted within ten minutes by flotation bags activated by the astronauts. A diver from the Navy helicopter hovering above attached a sea anchor to prevent it from drifting. More divers attached flotation collars to stabilize the module and positioned rafts for astronaut extraction. 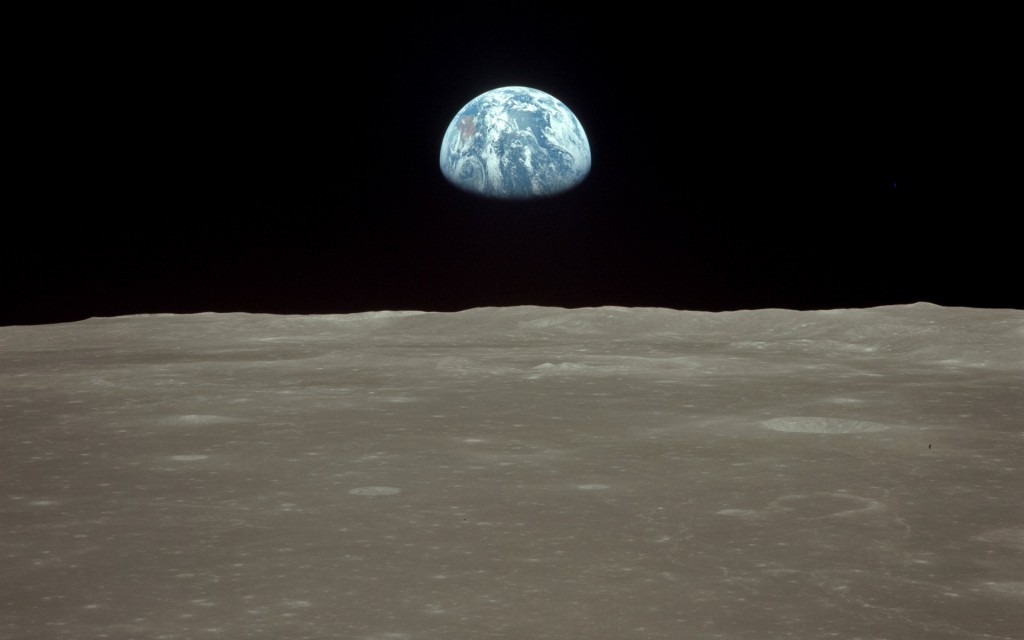 Humans walking on the Moon and returning safely to Earth accomplished Kennedy’s goal set eight years earlier. In Mission Control during the Apollo 11 landing, Kennedy’s speech flashed on the screen, followed by the words “TASK ACCOMPLISHED, July 1969”. The success of Apollo 11 demonstrated the United States’ technological superiority over other nations. With the success of Apollo 11, America had won the Space Race.

A few months later, folks singer-songwriter John Stewart (formerly of the Kingston Trio), wrote the song “Armstrong” which did well in the U.S. It was a GREAT tribute. 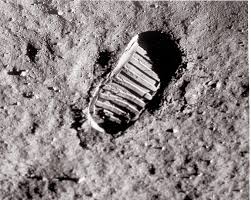 “That’s one small step for [a] man, one giant leap for mankind.”