Here in Part 6, the aftermath of the “Singer Presents Elvis” T.V. Special. No words can over state the importance and the impact this show had on the general public, let alone Elvis’ fans. Elvis was then viewed as an important influence on early Rock ‘n Roll but somewhere along the line after all the bad movies and bad movie songs, he had lost all of his testosterone, musically speaking.

All the kids in my school viewed him as a joke, as someone who had “Sold Out” and as a musical figure that was just not cool to like. The T.V. Show reestablished him and melted away the years of, well, I’ve already said it.

Dig the review in the San Francisco Examiner, the day after the show first aired: 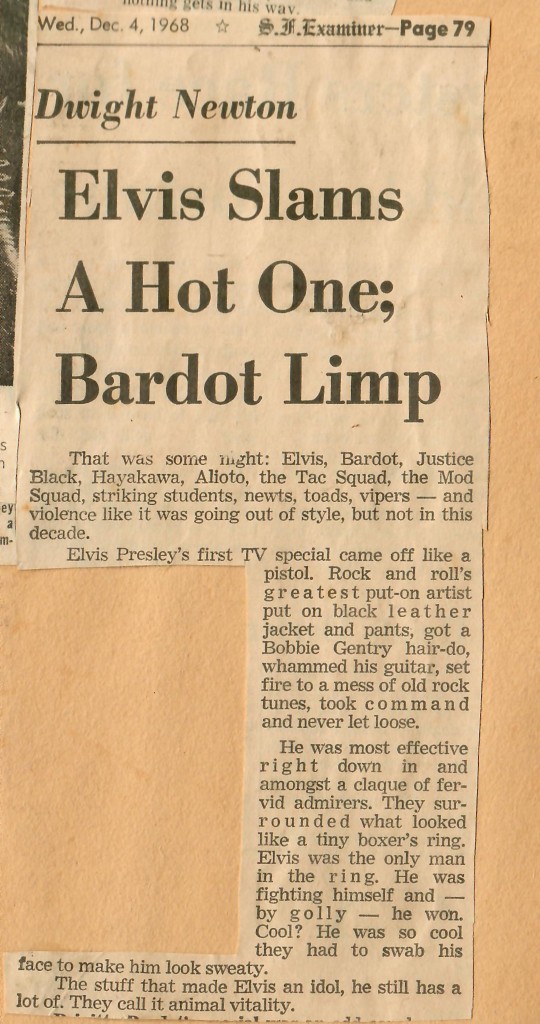 Yes that’s correct, the show that came on AFTER Presley’s was by none other than Bridge Bardot. You can see by the head lines that Ms. Bridgette’s show was a flop especially after Presley’s. It was so bad, apparently, that as a 13 year old kid, I only cut out the part about Presley’s show. 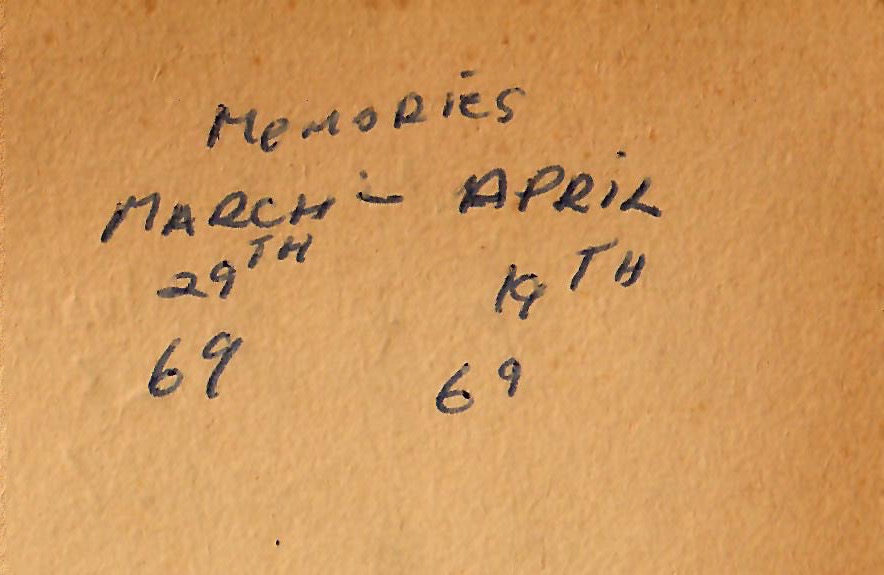 The second single from the show, “Memories” was released but didn’t fare as well as “If I Can Dream”. On Billboard, it charted for 7 weeks reaching No. 35. Here in the San Francisco Bay area in K.Y.A. the song charted for 3 weeks and peaked at No. 23. 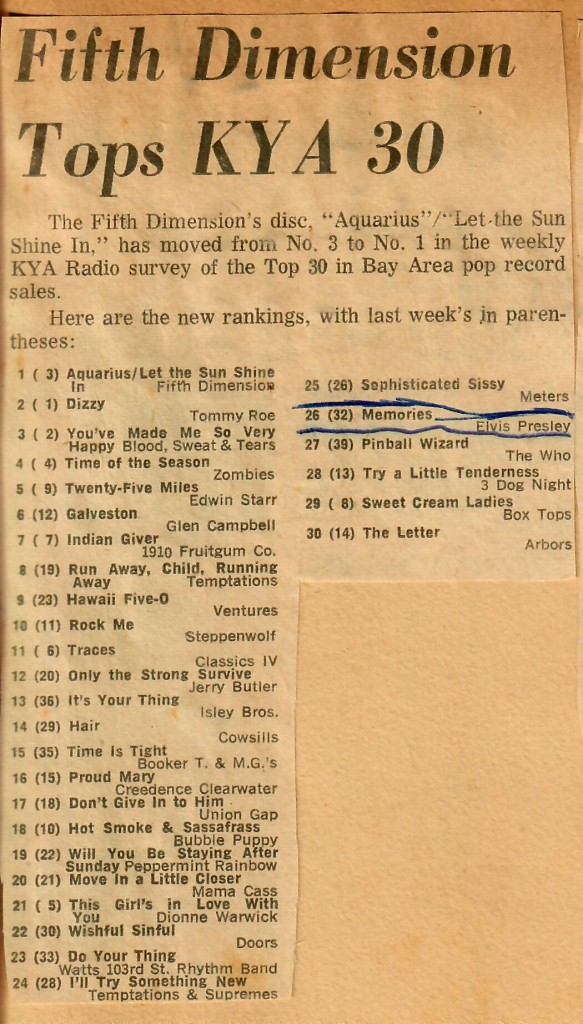 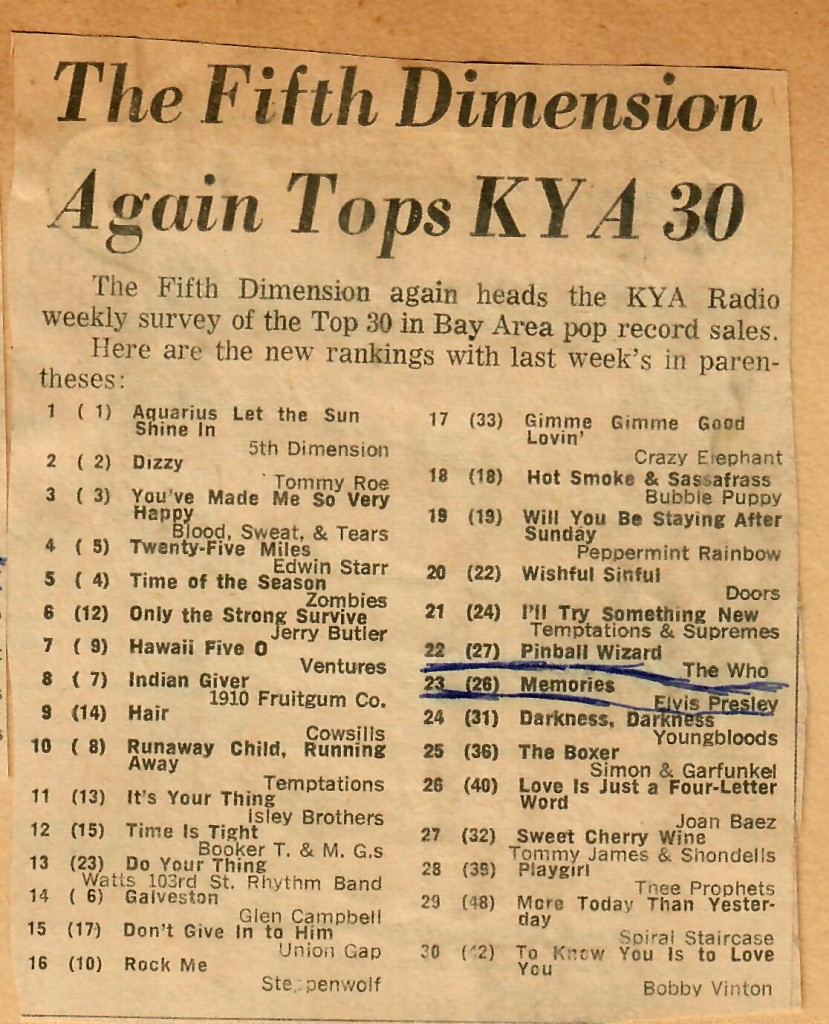 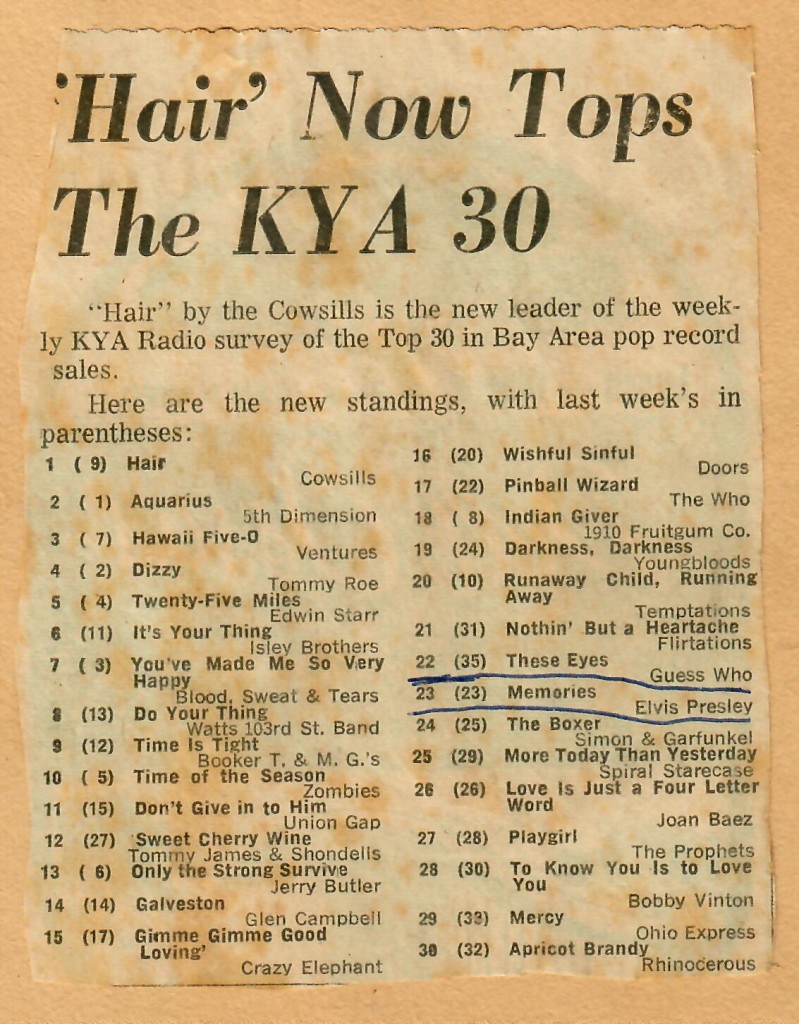 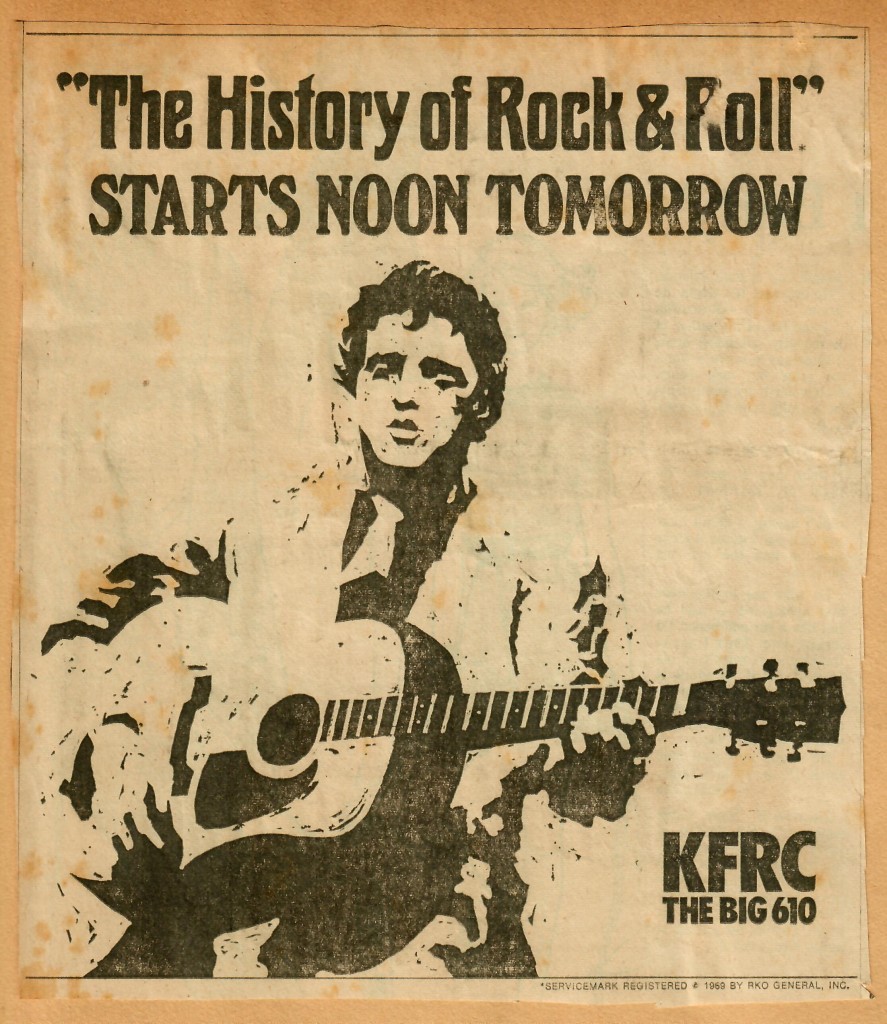 The impact was evident in this add by rival radio station K.F.R.C. Here’s an add for a series that this station put on about the “History Of Rock & Roll” Basically a Presley images from about 1956 but giving him a “Beatle-Style” hair cut. An attempt to make him look more current. 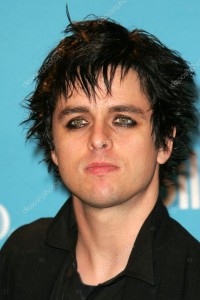 In 2018, 50 years later, this image reminds me more of Billie Joe Armstrong from the Bay Area Punk band known as Green Day. But I digress.

Getting back to the single, specifically the picture sleeve, adds & announcements were already being made about a new studio L.P. “From Elvis In Memphis”, though there were no images of a cover at that time. 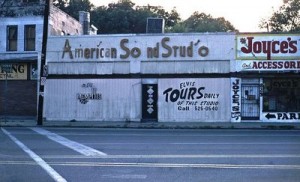 Still, Presley in January & February, had gone back to record in Memphis for the first time since 1955 at American Sound Studos in North Memphis. More on this 50th anniversary in future “Lounge” pages.

The sleeve also promotes, on the “B” side, the theme song of Presley’s next movie to be released in early 1969. A decent movie, relatively speaking, with no songs in it. This was THE artistic break away the Presley was looking for as an actor. However, like “Live A Little, Love A Little”, the damage to his acting carrier had been done, A victim of years of films like “Frankie & Johnny”, “Paradise, Hawaiian Style” and, well… you get the “Picture”. 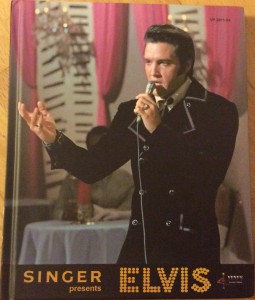 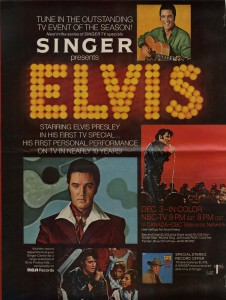 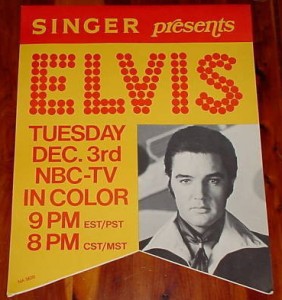 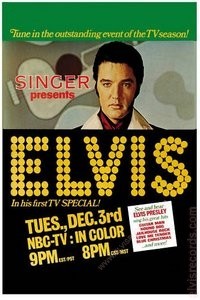 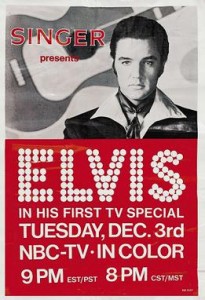