The U.S. Postal Service celebrates the USS Missouri (BB-63) with a Forever stamp. The famed American battleship is being honored to coincide with the 75th anniversary of her commissioning on June 11, 1944. 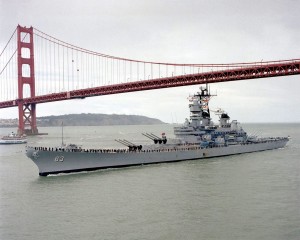 USS Missouri (BB-63) (“Mighty Mo” or “Big Mo“) is an Iowa-class battleship and was the third ship of the United States Navy to be named after the U.S. state of Missouri. Missouri was the last battleship commissioned by the United States and is best remembered as the site of the surrender of the Empire of Japan which ended World War II. 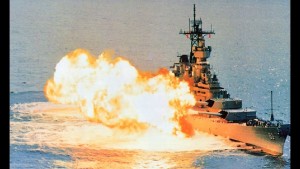 Missouri was ordered in 1940 and commissioned in June 1944. In the Pacific Theater of World War II she fought in the battles of Iwo Jima and Okinawa and shelled the Japanese home islands, and she fought in the Korean War from 1950 to 1953. She was decommissioned in 1955 into the United States Navy reserve fleets (the “Mothball Fleet”), but reactivated and modernized in 1984 as part of the 600-ship Navy plan, and provided fire support during Operation Desert Storm in January/February 1991. 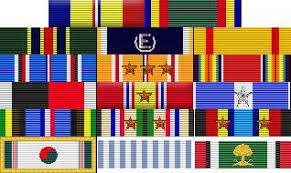 Missouri received a total of 11 battle stars for service in World War II, Korea, and the Persian Gulf, and was finally decommissioned on 31 March 1992 after serving a total of 17 years of active service, but remained on the Naval Vessel Register until her name was struck in January 1995.

Missouri (BB-63) was the last U.S. battleship to be completed. 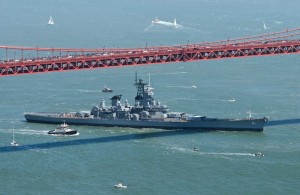 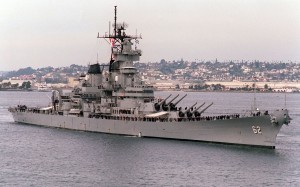 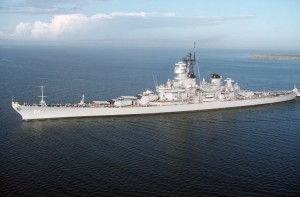 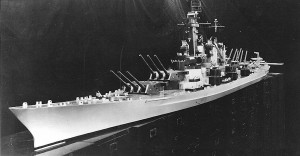 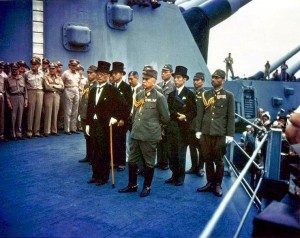 “Mighty Mo,” had one of the most historic roles during World War II. On Sept. 2, 1945, military officials from the Allied powers and imperial Japan convened on her deck and signed the documents confirming Japan’s surrender and ending the war. 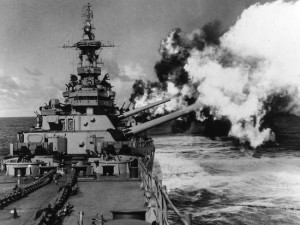 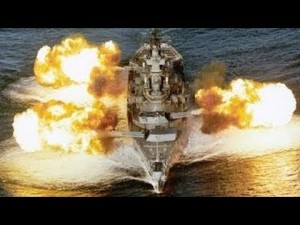 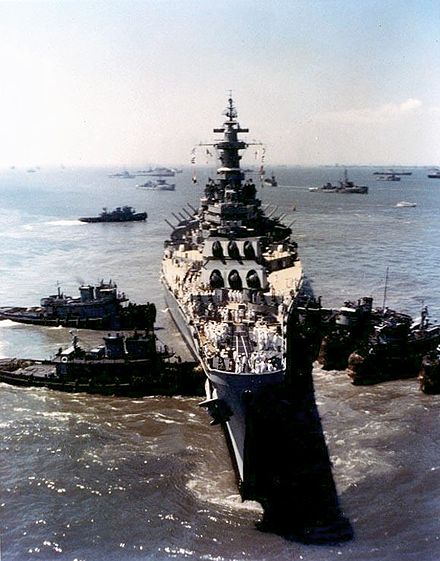 Then the only U.S. battleship in commission, Missouri was proceeding seaward on a training mission from Hampton Roads early on 17 January 1950 when she ran aground 1.6 mi (2.6 km) from Thimble Shoal Light, near Old Point Comfort. 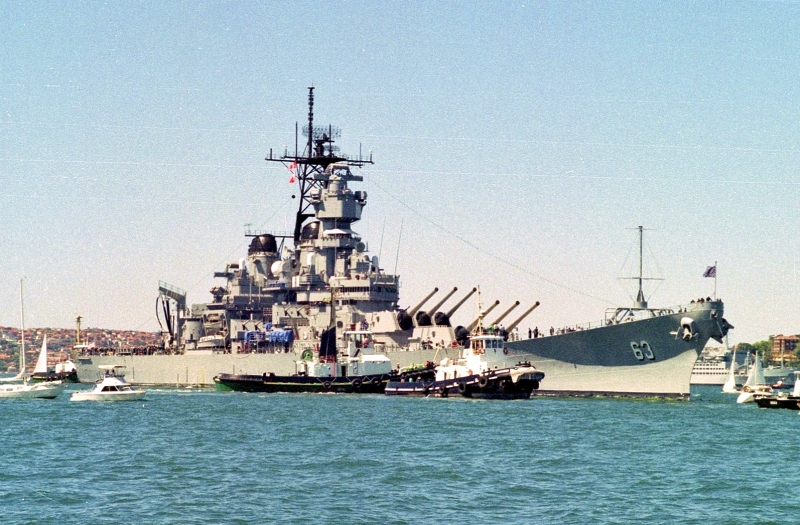 She hit shoal water a distance of three ship-lengths from the main channel. Lifted some 7 feet (2.1 m) above waterline, she stuck hard and fast. With the aid of tugboats, pontoons, and a rising tide, she was refloated on 1 February 1950 and repaired. 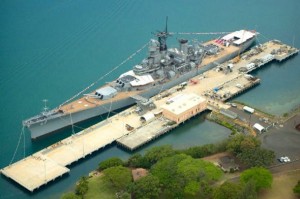 In 1998, she was donated to the USS Missouri Memorial Association and became a museum ship at Pearl Harbor. 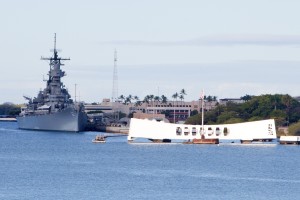 She is moored close by the memorial for the U.S.S. Arizona BB-39, a Pennsylvania-class battleship built for and by the United States Navy in the mid-1910s. Arizona was sunk during the attack on Pearl Harbor Dec. 7th, 1941. Thus, the battleship that was the beginning of WWII and the battleship that ended the same conflict are now together. 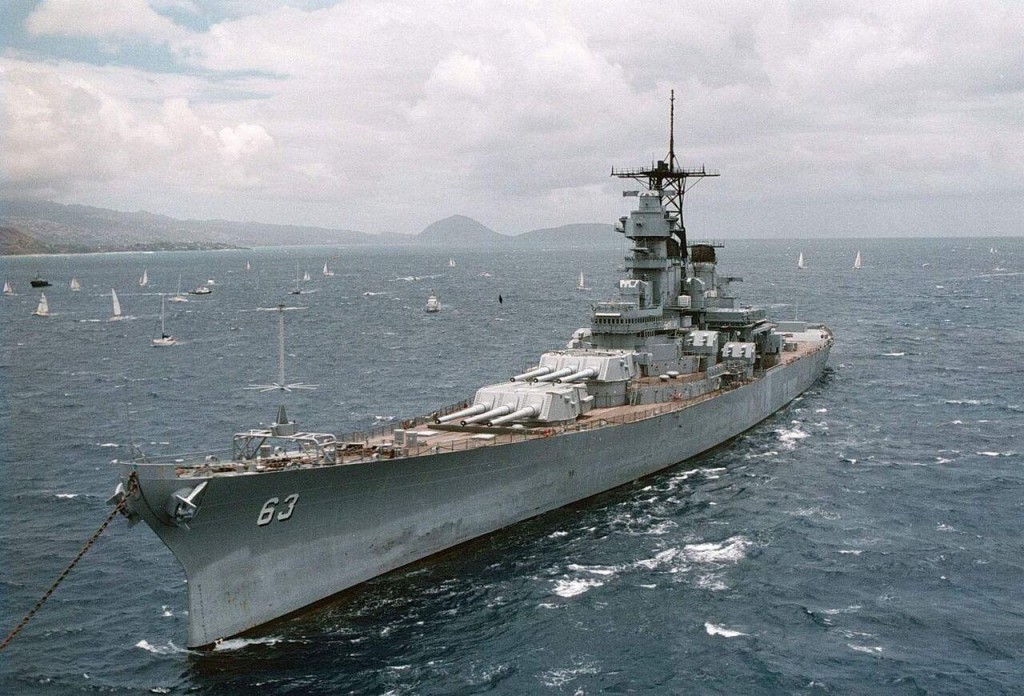